Ralph Borsodi was a leader in the back-to-the-land movement.  In 1920, during a major recession and highly lethal pandemic, the Borsodi’s moved from New York City to a homestead near Suffern, New York.  They soon created a model and successful homestead.  Over the course of his long and productive life, he laid much of the foundation for what we today call the sustainability movement.  My recent Hermitix (UK) podcast interview provides insights into his life and work (link)[1] 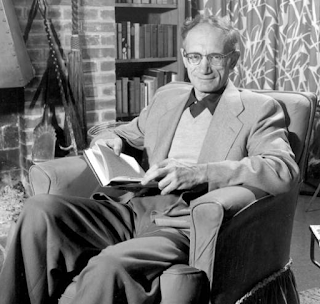 The Borsodi—Transition Towns connection started at the beginning of Transition Centre.  Bob Flatley was one of the first to respond to the invitation to discuss forming local Transition Towns.  Bob and his wife Kelle were (still are) living and working on a Borsodi inspired homestead.  Bob and I cofounded Transition Centre in 2009, later incorporated as a Pennsylvania non-profit organization.  Between us we helped form two Transition Initiatives.  Asked to join the boards of two environmental nonprofits, TC did numerous presentations around Pennsylvania and in neighboring states on the joint approach to building self-sufficiency and community resiliency.

Transition Centre followed the steps in The Transition Handbook and particularly a lot of networking, presentations and collaborations.  Late in 2014, following two years of workshops and study groups, involving some 200 people, we produced our EDAP, the “Centre Sustainability Master Plan.”  We learned in the process that we had a vital emerging sustainability culture and that what was needed most was steady encouragement, making connections, and participating.

What was it about Borsodi that attracted our interest?  I think it is the incredible sweep of his creative work.  He wasn’t just a guy with ideas, he organized, built, taught and traveled.  A brilliant and original thinker yes, but a man who loved the soil, a master at composting and an avid gardener.  And that was just the start.

As he and his family settled into life on the land, Borsodi also pioneered in the field of consumer advocacy, writing two books on the subject.  He was a consulting economist whose clients included some of the largest retail chains and organizations in the country.  He knew what he was writing about.  Borsodi’s law is that the cheaper the cost of production, the higher the cost of distribution.  Today, for example, the farmer gets only six cents of each dollar we spend on food.  In short, he set out to demonstrate that his family could produce much of their own needs in less time than needed to earn the money to buy stuff.  And the quality was better and healthier.

In 1929 Borsodi published This Ugly Civilization, in which he addressed the liabilities and injustices of a highly centralized industrial economy.  There were three basic themes in this book:

1.     A critique of modern industrial culture.

The book came out weeks before the onset of the Great Depression.  It went through several editions.  A new edition was published in 2019 (new introduction by Bill Sharp) which is available online.  In this book Borsodi first publicly reported his homesteading experience.  Also serialized in a national magazine, he attracted a great deal of interest as the Depression deepened.  He inspired a large number of people to take up homesteading.  He offered training to many of them.

His publisher requested a homesteading handbook which came out as Flight From the City in 1933.  Borsodi made an effective case for home production of essentials.

In 1934 Borsodi incorporated his School of Living and fully devoted the rest of his long and productive life to helping people achieve greater self-reliance.

On the 50th anniversary of the Borsodi’s completing a new, hand-built, home on their extended homestead, in a jubilee celebration, some friends gave testimonies to his accomplishment.  The list of his achievements and influences includes, in part:

·      Family life, and this includes natural birth, breast feeding, home schooling, and raising children in a healthy environment where they fully participated in family life close to nature.

·      The changing attitude in medicine towards understanding minds and bodies instead of emphasis on pills and drugs.

·      But the most important, they agreed, was his work on adult education.

·      Including work in classifying the world’s wisdom around problems of living that provided a sense of commonalty to all peoples.

One of Borsodi’s most important and enduring legacies is the Community Land Trust.

Dissatisfied with land reform, which had made limited progress, and government control of Depression homesteading projects, which proved a disaster, Borsodi established a private land trust.  He acquired property and established two homesteading communities during the mid-1930s, at the depth of the Depression, and built his School headquarters in the center of the first.  He and associates provided hands-on training, developed a number of publications, a good library, craft guilds and production units (including making looms for weaving).  It was at this time that two families joined Borsodi who had been missionaries in India and knew and worked with Gandhi.  I think this proved an important connection for Borsodi to India.  Paul and Betty Keene went on to establish a highly successful organic farm and distribution business, one of three organic food organizations established in Pennsylvania that he inspired, Walnut Acres, that is now being restored.

World War II brought this phase of Borsodi’s work to a close.  During the war he developed a peace plan that anticipated the United Nations (without centralized bureaucracies) and wrote a bestseller about dealing with the inflation which usually follows wars.  It was then that he first advocated what became local currency.  In 1945 he shifted the School headquarters to the homestead of close associate Mildred Loomis in Ohio.  Mildred and her husband had established a model homestead of their own, growing 95% of their food and providing a small but adequate cash income.

Mildred provided four decades of active and creative leadership focused on homesteading.  She edited the journal, conducted workshops and conferences, created a large network of homesteaders and many other people interested in the movement.  As a result of her work with the youth movement during the 1960s and 1970s, Mother Earth News named her the Grandmother of the Counterculture.

Borsodi continued to work for a just, safe and secure lifestyle, focusing on the individual, the family and the community.  He increasingly devoted his work to developing educational programs to help people achieve these objectives.  He developed a seminal problem-centered framework for education.  These problems he defined as universal – problems all people around the Earth and through all time have worked to solve.  He offered seminars to help people clarify their values and beliefs, and understanding the world, nature and human nature.  He advocated a lifelong education around a study of the collective wisdom of humanity as a whole.  But, above all, were his seminars on the practical problems of life – earning a livelihood, building community, organizing collective efforts, good heath, the family.

In 1952, Borsodi journeyed to Asia to study the impact of western industrialization and wrote a highly critical book, The Challenge of Asia.  That book played a role in his invitation to return to India for two years to work with Gandhian agrarians.  There, with their sponsorship, he wrote a booklet, The Pan Humanist Manifesto, which called for educational leadership for a rural renaissance – one of Gandhi’s goals – and a book, published in India, The Education of the Whole Man, which provided guidelines for teachers and university students as leaders of a self-sufficient agrarian, culture.  Borsodi, although personally a humanist, was ranked highly as a spiritual teacher by his Indian friends.  He was, I believe, clearly a Gandhian at heart.

Returning to India a third time in 1966, Borsodi, working with Gandhian land reform leaders, renewed his commitment to the land trust.  At age 80, he established an organization at his home in Exeter, New Hampshire, and drew a number of influential associates, include Bob Swann who latter established the Schumacher Center.

Swann was field director for the land trust organization.  He was a builder and peace advocate who worked in the south to rebuild burned out churches.  There he met a cousin of Martin Luther King, Jr., Slater King, and worked with a group of black agrarians to established what became the model community land trust, New Communities, which is still in operation in Georgia.  Borsodi, btw, is on a list of names favorably mentioned by Dr. King in his sermons.

A few years later, Borsodi launched a program that created an inflation-proof, private (local) currency for which he established an international organization.  Bob Swann was again a close associate and to this day the Schumacher Centre for New Economics continues to champion the local currency and land trust.

The restoration of Borsodi’s work came about largely because Bob was editor of the Borsodi inspired Green Revolution newsletter.  Bob encouraged my writing a number of articles about Borsodi and Loomis over a period of several years.  On the centenary of the Borsodi’s moving to their homestead (April 1, 1920) we launched a celebratory blog site on which we began publishing chapters as completed, and on the 101st anniversary, completed the two-volume work.  These are:

Ralph Borsodi, A Confident Future:  The Green Revolution, which explores the homesteading side of the Borsodi/Loomis legacy, and

Ralph Borsodi, A Confident Future:  Learning and Living, which focuses primarily on Borsodi’s work in education, for which he was awarded an honorary doctorate.

These are available for download at no cost; links are at the top of the home page of the Transition Centre web site:  www.transitioncentre.org.

That the twentieth century has been a challenge, is an understatement.  Climate change has become a critical priority and is becoming increasingly critical.  This century began with a recession, a horrific terrorist attack that launched a war that has not yet ended; and as one sage said, I believe it was Mark Twain, just one damned thing after another.  The Transition Handbook was published as the 2008 recession began.

More of those “damned things” and then the COVID tragedy.  As we emerge from this trial, and from a contest for the hearts and souls of Americans; as we enter what can only be hoped as a new era of justice and equity, it must be clear that we need the tools, the organization, and the moral capacity, to meet these challenges.  I believe that Transition Towns and Ralph Borsodi, Mildred Loomis and their School have incredible potential for helping us get through what is to come.

The importance of the Ralph Borsodi and Mildred Loomis legacy is the remarkable collection of knowledge and skills their 60-year legacy represents.  I have worked to capture a record of these in my two volumes.

Borsodi proposed a post-industrial culture.  The alignment with the ideals of Transition Towns is clear.  They are complimentary – each represents a variety of facets of a more comprehensive program.  It is about a culture close to the natural order of things.  It is not primitivistic but seeks to preserve appropriate technology and small-scaled, localized industry.  It is about building inclusive and collaborative community.  It is about providing knowledge and skills for the pursuit of the good life.

Bob and I and others continue to work to develop a handbook, an organized and crafted presentation of Borsodi’s principles and practices.  We believe these books and resources will become increasingly valuable as we work to achieve a transition into a carbon free, just and equitable, life for all.

Borsodi envisioned his School as a local, self-governing organization to provide the basic knowledge and skills for a livable world and the good life.  He proposed that School be located at the center of the community, a gathering place, a place with a good library, seminars and good conversation where community could flourish.  We can do that virtually and Transition Centre will continue to advocate this program.

[1] The Work of Ralph Borsodi:  https://mail.google.com/mail/u/0/?ogbl#inbox/FMfcgxwLsJxffPSMlVdDhnWZcnkjfhpj?projector=1